Get fresh music recommendations delivered to your inbox every Friday.
We've updated our Terms of Use. You can review the changes here.

Microphones are not Ears 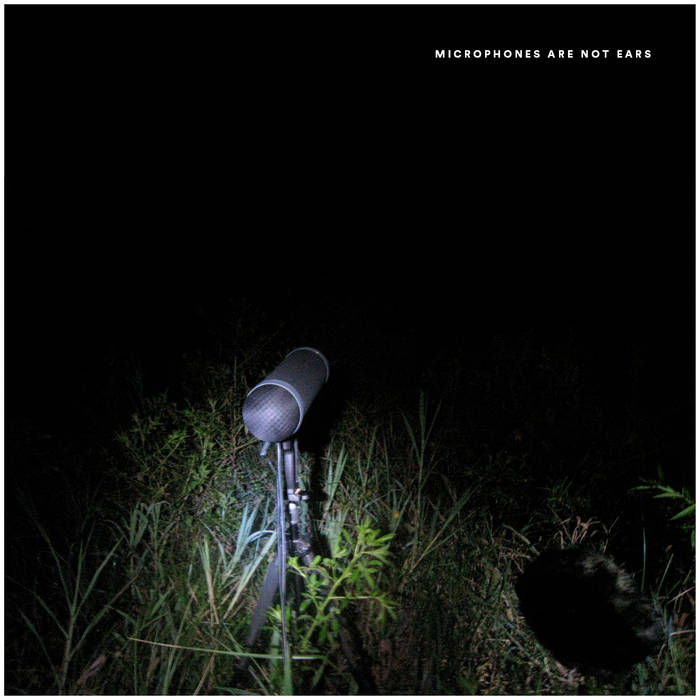 TERR094:
"Field recording is not as much a musical genre as it is a form of participatory media. The audience of these releases are often recordists themselves. While participation is not required for an appreciation of field recording, the listener/recordist relationship is what forms the basis of whatever musical conversation may exist in the form.

Field recordings are almost universally presented without the presence of the recordist. During the recording process recordists control for the sound of self by avoiding movement or vocalization, or even leaving equipment deployed unattended. During production, recordings are almost always edited to remove the recordist if they appear at the beginning or ending of a recording. The pull of this aesthetic is very strong and is represented across a spectrum of the sub-genres of field recording. Journalism and documentaries are notable exceptions.

The strength of this tendency to edit out the recordist is likely influenced by the ethos or intent of the project. In "nature sound recording" for example, the objective is often to attempt to preserve a representation of an environment or situation that exists despite the presence of a recordist, who is almost always invisible. There is also a strong thread of transportation in many recordings that hope to move a listener into another place and time ("being there"). Perhaps the thought is that hearing the recordist destroys this intended illusion.

But what is lost when we intentionally remove the recordist from the recording? The presence of the recordist has the potential to reveal information about the situation of the recording, socially, spatially, and environmentally. Even the approach or retreat of footsteps can give a listener context of the terrain and surrounding environment. The story of how a recording came to be is contained in what is edited out.

In this release are sections of recordings that I have edited out in other presentations revealing both myself as primary recordist as well as individuals that have made the recordings possible in some capacity. The people in these recordings are mentors, teachers, friends, and acquaintances. They have shown me how to listen, how to record, and how to think critically about what I am doing and why I am doing it. They have lead me to locations I would have been unable to access alone and taught me the techniques and technologies of recording.

The title of this release comes from a quote by Klas Strandberg that appeared as the footer to messages on the naturerecordists Yahoo mailing list in the early 2000s.

'Microphones are not ears,
loudspeakers are not birds,
a listening room is not nature.'"

Non-profit digital label of Luke Lund. Est 2010, Terranean works as an output for Luke's spontaneous experiments and improvs whereas Birthdeath (est. 2015) is a melting pot for written and more thought-out work under a different project name, for physical formats. Doors are open to independent artists for help with mastering, artwork and distributing work with no cost or monetary profit! ... more

Bandcamp Daily  your guide to the world of Bandcamp